Home > Where is Afghanistan 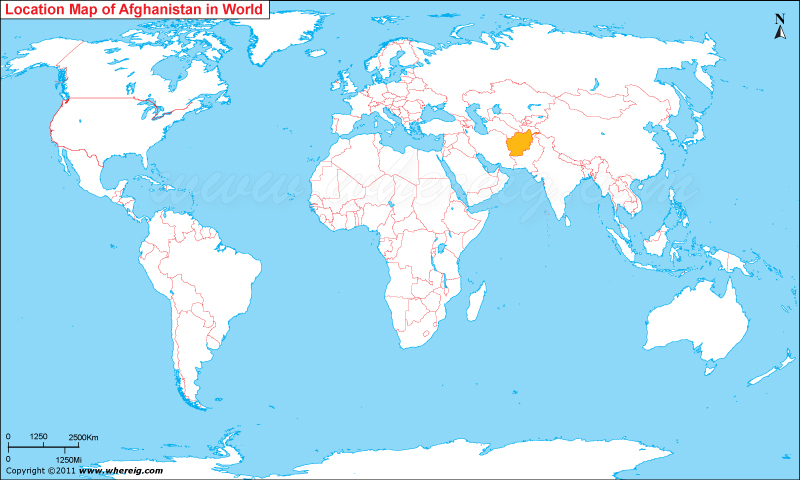 Afghanistan Officialy known as Islamic republic of Afghanistan is located in the South-Central Asia and lies between latitudes 33.0° North and longitudes 65.0° East. It covers an area of 652,230sq km.
Its a landlocked and a mountainous country. Its the world 41st largest country. Its capital city is Kabul situated on the Kabul river which is one of the highest capital city. Kandahar, Herat, Mazar-e-Sharif, Jalalabad, Konduz are its famous cities among the rest eleven. Its population cover 28.396 million people.2.629% is its annual population growth rate. Mountains and deserts are its common scenic view. Kabul bala hisar, Kabul museum, Gardens ofBabur, Arg(palace), Mausoleums, Bazaars and Mosques are its famous tourist place. Muslim is the main religion and afghan Persian and Pashtu is the mostly spoken language. Afghani is its currency name.