Home > Asia > Where is Azerbaijan 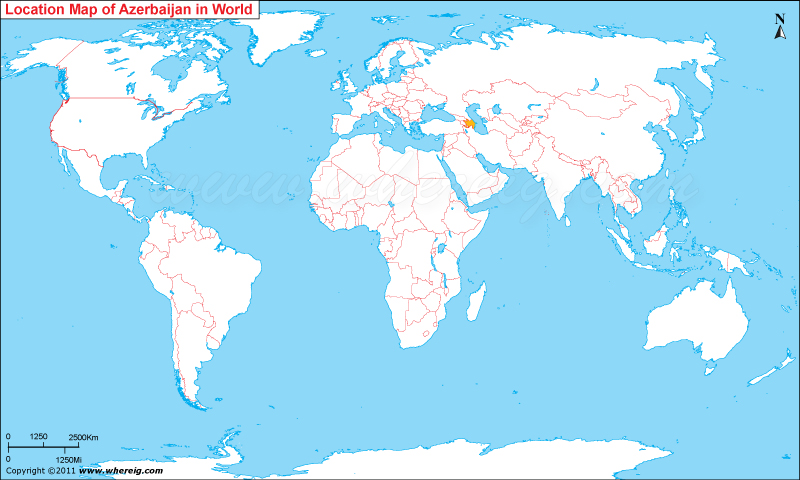 Azerbaijan is located on the western edge of the Caspian Sea in the world map.
Azerbaijan is the largest country in the South Caucasus region of Eurasia. Located at the crossroads of Eastern Europe and Western Asia .Azerbaijan Democratic Republic was the first successful attempt to establish a democratic and secular republic in the Muslim world. Nowadays Azerbaijan, a nation with a majority Turkic and Shi‘ite Muslim population, is a secular and a unitary republic with an ancient and historic cultural heritage. The highest point in Azerbaijan is Bazarduzu Dagi (4,485 m). The name for Azerbaijan derives from a word for fire.

It is interesting to note that Azerbaijan has large deposits of oil and the ignition of surface oil may have led to the description of the country as the "land of fire”. There are 177 cities among which Baku,Giandzha,Sumgait are the largest one. Baku is the capital and largest city of Azerbaijan.