Home > Where is Armenia 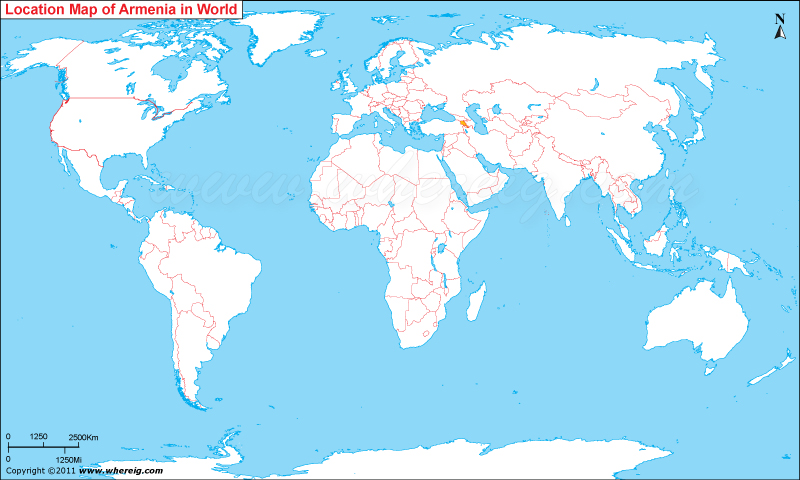 Armenia is located to the east of Turkey in the world map.
Armenia is a European country in the Caucasus region. Yerevan is the capital and largest city of Armenia. Armenia is named Hayastan which means "Land of Hayk

A former republic of the Soviet Union, Armenia is a unitary, multiparty, democratic nation-state with an ancient and historic cultural heritage. The Kingdom of Armenia was the first state to adopt Christianity as its religion in the early years of the 4th century (the traditional date is 301).
The modern Republic of Armenia recognizes the Armenian Apostolic Church as the national church of Armenia, although the republic has separation of church and state. Some of the provinces of this country are Lorri, Shirak, Tavush and Aragatsotn.Tashir, Alaverdi, Odzun, Tumanyan, Step'anavan, Soitak, Ayrum, Dilijan, Amasia, are the major cities located in Armenia. Major tourist attractions are:
Mt. Ararat and Khor Virap Monastery, Ararat plain
Victory Park, Yerevan
Yerevan Republic Square
Mt. Aragats (Armenia's highest point, Aragatsotn province, northwest from Yerevan)
Blue Mosque
Yerevan Opera House, Yerevan