Iran is a country with a large population which is located in the continent/region of Asia. Neighbouring countries are: Afghanistan, Armenia, Azerbaijan, Iraq, Pakistan, Turkmenistan & Turkey. 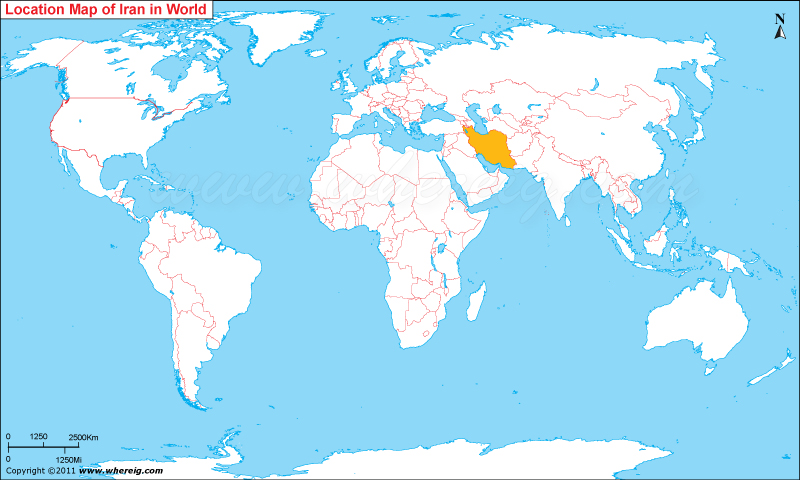 About Map: Map showing Where is Iran located in the World Map.

Where is Tehran Located

Where is Iran Located?

As Iran location map shows that Iran is located in western Asia. Country’s name Iran is quite old and has been in use since the Sassanian era natively. However, the country was known to world by the name of Persia until 1935; but from the year 1935 the name Iran has internationally recognized. This is the reason that even in this modern era both names are used interchangeably.

Geographically, the country is part of Middle East and has very strategic location. As the map of Iran shows that it shares its international boundaries with Armenia, Azerbaijan and Turkmenistan in the north, Afghanistan and Pakistan, in the west, Turkey in the North West, and Iraq in the west. Besides, Iran map also clearly shows the Caspian Sea in the north and Persian Gulf in the south west and south limit the further extension of the territory and make coastline with the country. Since, Iran has such diversify geographical features therefore; county’s climate varies from arid, semiarid, to subtropical.

Iran is a founding member of many international organizations including the UN, OPEC, NAM, and OIC. Iran is always remains in news because of regional power that she holds and hence it has an important position in international energy security and world. Above all, it has huge reserves of petroleum and natural gas.

The government type of Iran is Islamic Republic and it is based upon the 1979 constitution it consists of several intricately inter-related governing bodies. However, the highest state authority is the Supreme Leader. Country’s official religion is Shia Islam and Persian is the official language.

Iran has been divided into 31 provinces. This is list of provinces Iran with their capitals, population and area in square kilometers.