Home > Where is Turkmenistan 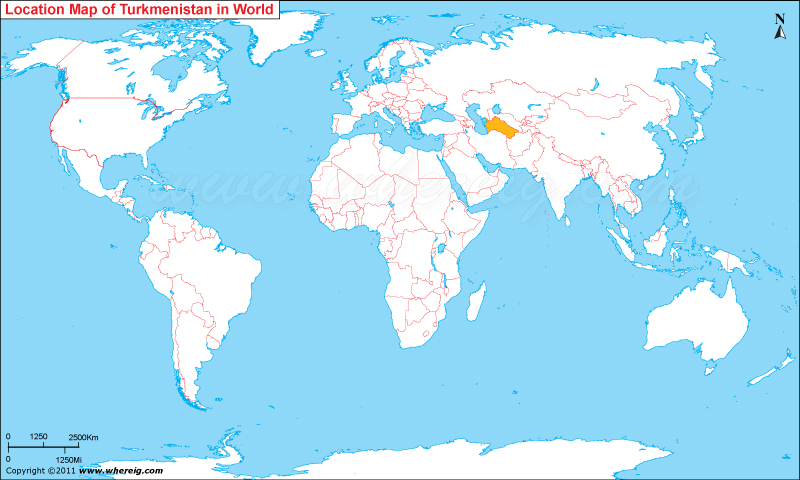 It was one of the constituent republics of the Soviet Union till 1991, but after the disintegration of the USSR, it became independent state. The government type of Turkmenistan is a presidential republic, under which the President of Turkmenistan is both head of state and head of government.

The economy of the country is largely depends upon the available natural resources i.e. Petroleum and Natural gas. Besides, other industries are also growing fast in the country. The weather system in the country does not support much agriculture but in the irrigated areas people grow cotton that made country 10th cotton producing country.