Where is Tuvalu Located? 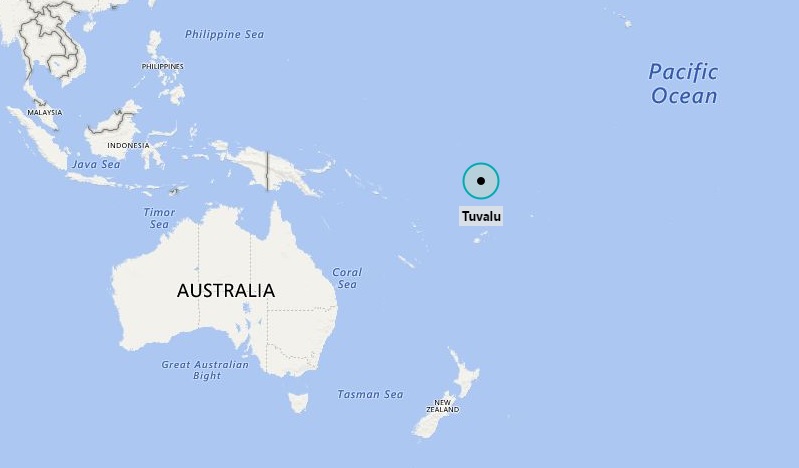 About Map: Map showing Location of Tuvalu in the Oceania Continent.
Where is Tuvalu located on the world map? The given Tuvalu location map shows that Tuvalu is located in the Pacific Ocean between Hawaii and Australia.

Tuvalu map also shows that it is part of French Polynesian Islands. The nearby neighbors of Tuvalu are Nauru, Samoa, Kiribati, and Fiji. The capital city of Tuvalu is Funafuti. Tuvalu got its independence in the year 1978 and subsequently became part of Commonwealth nations. The government type of Tuvalu is a constitutional monarchy in Commonwealth realm. Under this system Queen Elizabeth II is serving as the head of state.
There is no natural resource; hence the economy of the country is largely depends upon the fishing and foreign aids.