Where is Madrid, Spain?

Madrid is the capital and most populous and largest city of Spain, is located almost in the center of the country. 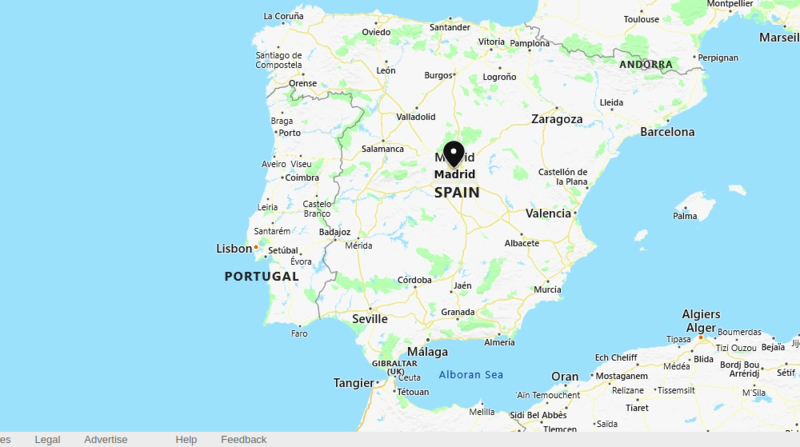 About Map: The map showing location of Madrid in the Spain.

Where is Madrid Located?

Madrid is located on the Manzanares River in the central part of Spain. Madrid is the capital and largest city of Spain. Madrid is considered as global city because of its significance of political affairs, education, media, entertainment, fashion, and science influences.

Furthermore, in terms of absolute GDP, Madrid has listed as the 23rd richest city in the world and 3rd richest in Europe. It is a main centre for international business and commerce in Spain.

In addition, Madrid is one of the most preferred tourist destinations in Europe. The important tourists’ attractions in Madrid are Royal Palace, the Buen Retiro park, founded in 1631, the Teatro Real (Royal theatre) with its restored 1850 Opera House, an archaeological museum, the 19th-century National Library building, and art museums.

Places to See in Madrid, Spain?