World Location > Where is Bulgaria 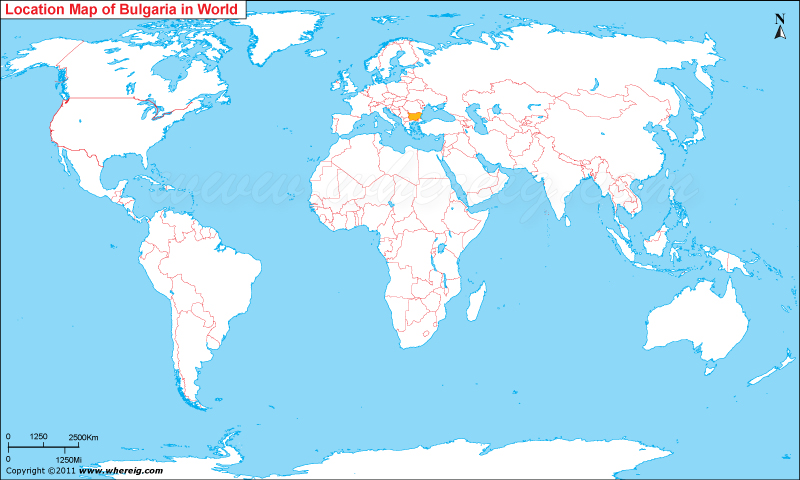 Where is Bulgaria located on the world map?
As shown in the Bulgaria location map that Bulgaria is located in the southern part of Europe continent. Bulgaria map also shows that it shares international boundaries with Romania in the north, Serbia and the Republic of Macedonia in the west, and Greece and Turkey in the south. However, in the east, Black Sea limits its further territorial extension.

Country has many mountainous areas featuring the landscape; important of them are the Stara Planina (Balkan) and Rodopi mountain ranges, and the Rila range, it has the highest peak in the Balkan region i.e. Musala. Sofia is the capital city of Bulgaria and it is also the largest settlement region in the country. The country has a temperate climate, featured with cold winters and hot summers.

At present, Bulgaria has a parliamentary democracy with the characteristics of a unitary constitutional republic. Bulgaria is also the member of many international organizations including the European Union, the United Nations, NATO, the Council of Europe, the World Trade Organization and a founding state of the OSCE and the Black Sea Economic Cooperation Organization.

Bulgaria's economy system is an industrialized and open free-market economy; hence, country has a large, moderately advanced private sector along with a number of strategic state-owned enterprises.