Andorra, also called the Principality of the Valleys of Andorra is a small country in southwestern Europe, located in the eastern Pyrenees mountains and bordered by Spain and France.

Where is Andorra Located in World Map 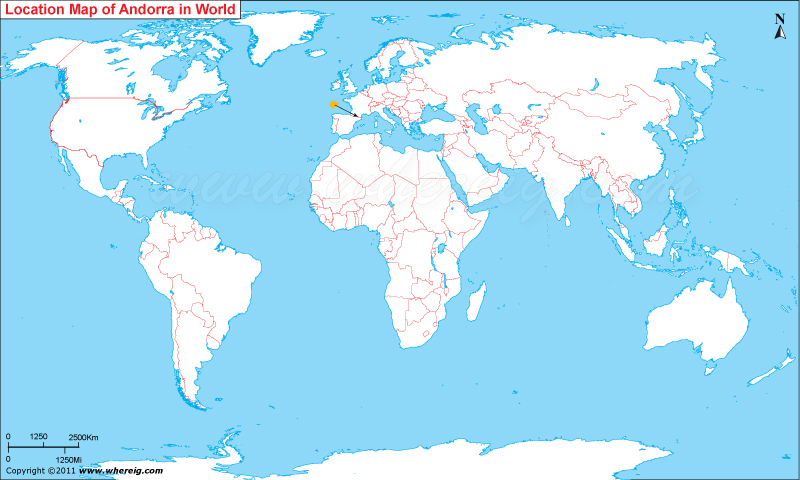 About Map: The map showing location of Andorra in the World Map.

Where is Andorra Located?

Andorra officially the Principality of Andorra, is a small country in south western Europe situated in the Pyrenees, between France and Spain. It is the sixth smallest nation in Europe. Its capital, Andorra la Vella, is the highest capital city in Europe, being at an elevation of 1023 meters. Andorra is a prosperous country mainly because of its tourism industry, which services an estimated 10.2 million visitors annually, and also because of its status as a tax haven.
The people of Andorra have the 2nd highest human life expectancy in the world - 82 years at birth. There are 10 major cities of Andorra and they are:- Andorra la Vella, El Serrat ,Encamp, Escaldes-Engordany (Les Escaldes), La Massana, Ordino, Sant Julia de Loria, Soldeu, Pas de la Casa.

Major tourist attractions of Andorra are:-

Information and Facts about Andorra