Home > Where is Norway 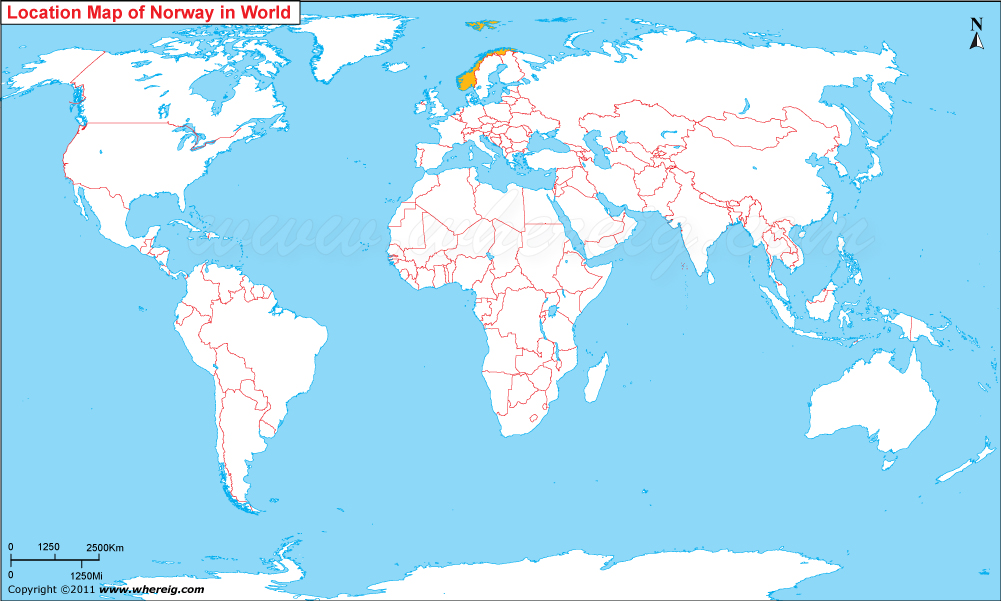 Where is Norway located on the world map?

Where is Norway Located?

The given Norway location map shows that Norway is located in the north-west of Europe continent. Norway map also shows that it is the western part of the Scandinavian Peninsula. Apart from the mainland, it has two bigger islands (group) in the North Atlantic Ocean i.e. Svalbard and Bouvet Island and Jan Mayen Island.

Norway shares its international boundaries with Sweden in the east and Finland and Russia in the north-east. However, in the east it makes coastline with Norwegian Sea and in the south Skagerrak Strait separates Norway from Denmark. The capital city of the country is Oslo. The government type of Norway is parliamentary democracy and constitutional monarchy, with King Harald V as its head of state. Norway is a member of the United Nations, NATO, the Nordic Council, the Council of Europe, and is a member of the European Economic Area, the WTO, and the OECD.

In terms of Monetary Value, today, Norway ranks as the second wealthiest country in the world. Besides, Norway economy is largely depends upon the presence of extensive reserves of petroleum, natural gas, minerals, seafood, forests, fresh water, and hydropower. Outside the Middle East region, Norway is the world's largest producer of oil and natural gas per capita.

Due to its geographical position and latitudinal extension, there are large seasonal variations in daylight. The length of day and night also varies according to the season.