Home > Where is Cyprus 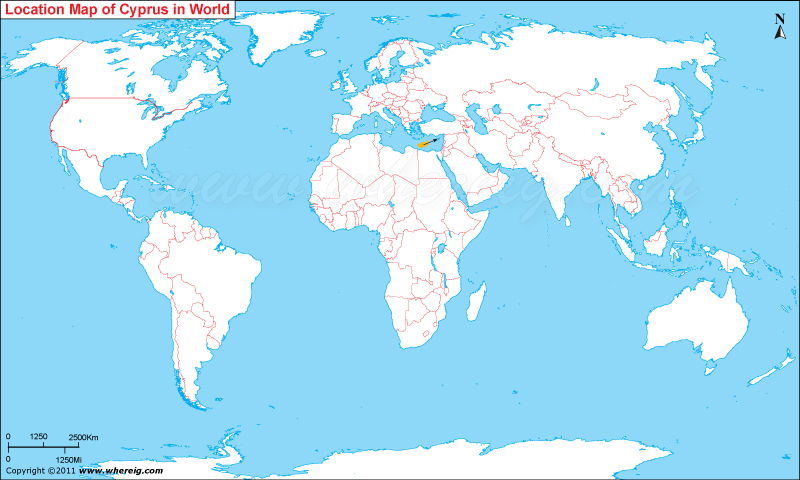 Where is Cyprus located on the world map?
The given Cyprus location map shows that Cyprus is located in the south-eastern side of Europe and western side of Turkey (Asia); however, Cyprus is also considered as Eurasian country. Cyprus map also shows that Cyprus is an island located in the eastern Mediterranean Sea. Surprisingly, the small island country has very high income economy along with high Human Development Index.

It is one of the favorite destinations for tourists. There are some of the historical sites that attract tourists across the world. For example, Neolithic village of Choirokoitia (also known as Khirokitia), it has also been declared a World Heritage Site by UNESCO; second one is the Tombs of the Kings (UNESCO World Heritage Site). Besides, Cyprus is home of some of the oldest water wells and also popular for the oldest known site of feline domestication.

At present, Republic of Cyprus is partitioned into two main parts (de facto) i.e. the area under the effectual control of Cyprus, about 59% of the island's area, and in the north, the Turkish-controlled area known as the Turkish Republic of Northern Cyprus by Turk; it covers about 36% of the island's area; however, it is only recognized by Turkey. The small island country Cyprus has Subtropical climate, Mediterranean and Semi-arid featured with very mild winters particularly on the coast and warm to hot summers.