Home > Where is Sweden 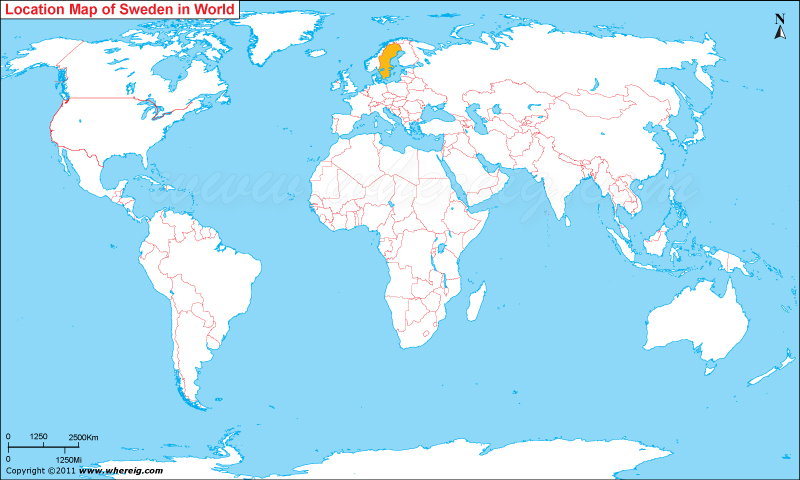 
Where is Sweden Located?

The given Sweden location map shows that Sweden is located in north Europe. Sweden map also shows that Sweden is a part of Scandinavian Peninsula. Sweden shares its international boundaries with Finland in the north-east, Norway in the west, and Denmark in the south-west; although, Denmark is separated through a thin maritime boundary but it is also connected through a bridge-tunnel across the Oresund. Besides, in the east, Gulf of Bothnia and in the south-east Baltic Sea lie. Most of the regions of the country has temperate climate except the northerner region which it has sub-arctic climate. However, in the coastal region it has oceanic climate as well.

Stockholm is the capital as well as largest city of Sweden. The government type of Sweden is a parliamentary representative democratic constitutional monarchy featured with multi-party system. Under this political system, the executive power is exercised by the government, headed by the Prime Minister. However, the legislative power is vested in both the government as well as the parliament. And, the Judiciary is independent.