Home > Where is Poland 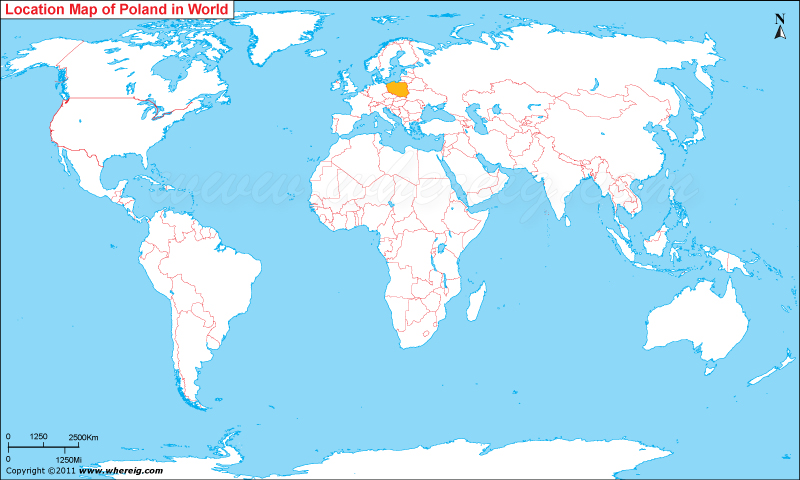 Where is Poland located on the world map?
The given Poland location map shows that Poland is located in the eastern part of Europe continent. Poland map also shows that it shares its boundary with Kaliningrad Oblast (Russia) and Lithuania in the north, Belarus and Ukraine in the east, Slovakia in the south, Czech Republic in the south-west, and Germany in the west. However, in the north Baltic Sea lies.

Poland was a communist state, which was abandoned by the 1989 revolution; therupon, Poland adopted a new constitution more popularly known as "Third Polish Republic". Poland is a unitary state constituted of sixteen voivodeships. Likewsie, the government type of Poland is a democratic featured with a president as a head of state. Poland is a member of the European Union, the United Nations, NATO, the World Trade Organization, and the Organisation for Economic Co-operation and Development (OECD).

The climate type of Poland is largely temperate throughout the country. However, in the north along the Baltic Sea is Oceanic type. The economy of the country is one of the fastest growing economies in the region which depends upon various sectors such as services, secondary and tertiary industries, agriculture and other business of trade and finance.

In addition, tourism in Poland is gradually beoming more and more prominent. Hence, tourism in Poland contributes some percentage of revenue to the country's overall economy. The most attractive tourists places for the tourists in Poland are Warsaw, Wroclaw, Krakow, Poznan, Lublin and Torun.