This is list of Canada Provinces and Territories Capitals and their geographical region, population, area, confederation year and and their standard abbreviations. 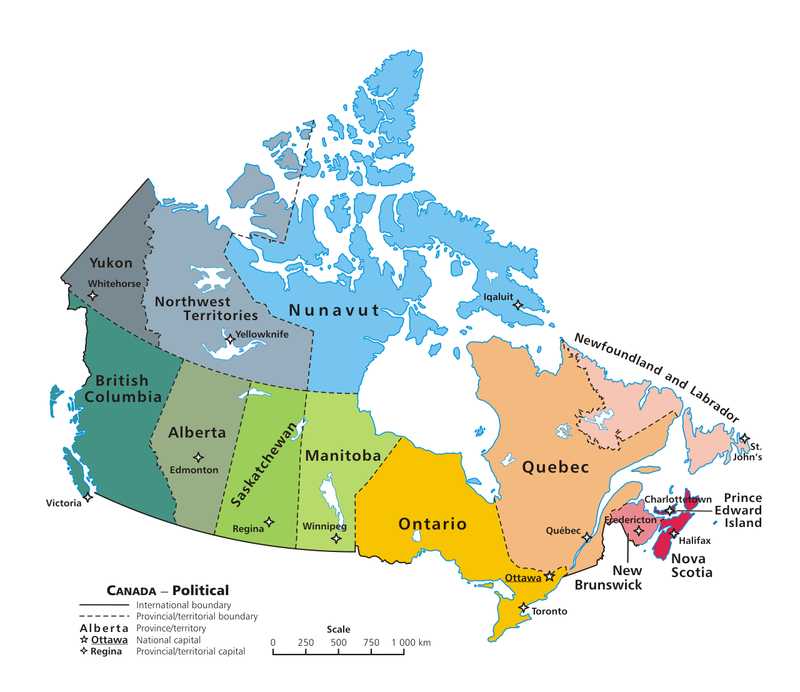 About Map (Map credit: wikipedia.org): Map showing the Canada's 10 Provinces and 3 Territories and their capitals and National Capital "Ottawa".

Canada, is the 2nd largest country in the world, located in the northern part of North America. Ottawa is the national capital of Canada, is located in Ontario. Canada is made up of 13 administrative divisions: 10 provinces and 3 territories. Canada has a population of about 34 million people. Here is a list of the provinces and territories, with their capitals and their standard abbreviations, regions, population and total area.

The Regions of Canada