Where is Sierra Leone? 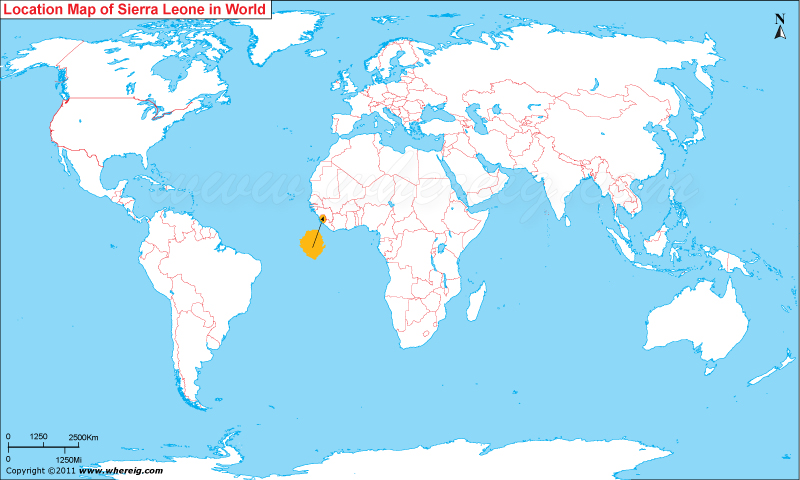 About Map: Map showing where is Sierra Leone located in the World.

Where is Sierra Leone Located?

By virtue of having natural resources, the economy of the country depends upon the mining, but still agriculture has also major contribution in country’s economy. Interestingly, Sierra Leone has some of the rarest minerals deposits. Sierra Leon has the world's largest deposits of rutile, it is one of the largest producers of titanium and bauxite. In addition, Sierra Leone is the 10 largest diamond producing nation of the world and it also produces gold in considerable amount.