Home >Africa Map > Where is Malawi 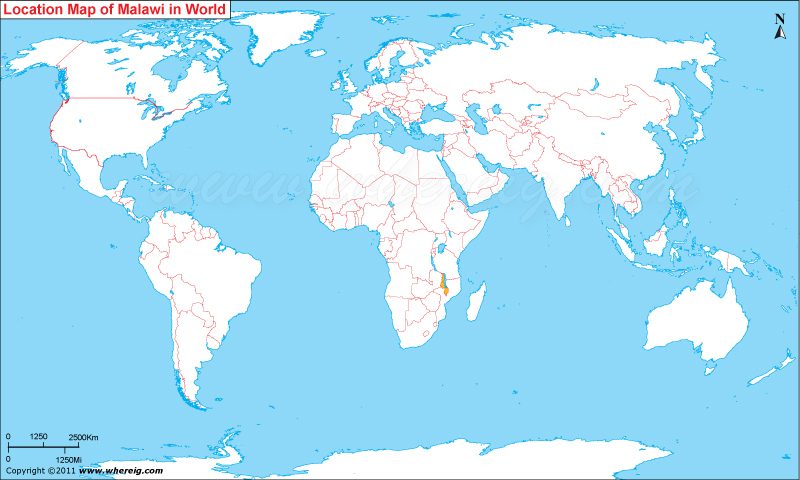 About Map: Map showing where is Malawi located in the World.
Where is Malawi located on the world map? The given Malawi location map shows that Malawi is located in the south-east of Africa continent.
Malawi map also shows that Malawi is a landlocked country that shares its international boundaries with Zambia in the north-west, Tanzania in the north-east, and Mozambique in the east, south and west. Besides, the big lake i.e. Lake Malawi separates Malawi from Mozambique and Tanzania. The Lake Malawi is great tourist centre in Malawi.

The government type of Malawi is a democratic featured with multi-party system. The former name of Malawi was Nyasaland. However, the new name Malawi is derived from the Maravi, an old name of the Nyanja people who inhabit the area. Interestingly, the country has also a sobriquet i.e. "The Warm Heart of Africa.” The capital city of the country is Lilongwe.