Home >Africa Map > Where is Gambia 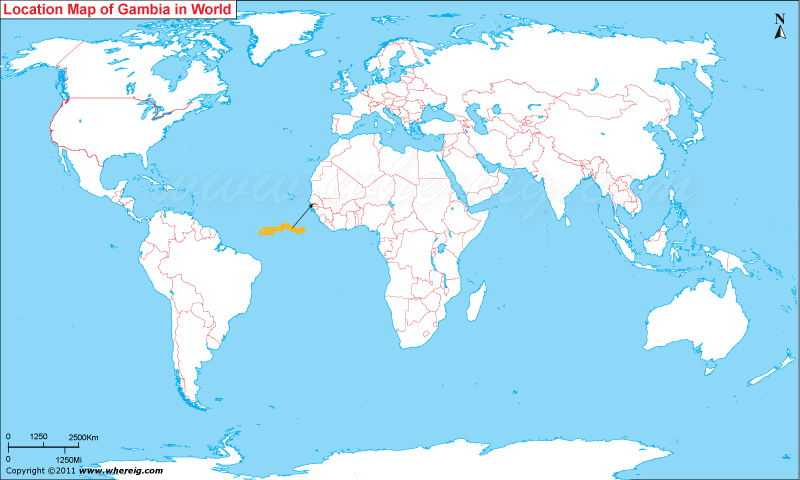 About Map: Map showing where is Gambia located in the World.

Where is Gambia Located?


The given location map of Gambia shows that Gambia is located in the western part of Africa continent.
Gambia map also shows that it has very unique geographical shape; however, Gambia is the smallest country of the Africa mainland. It shares its international boundary with Senegal from three sides i.e. from north, east, and south. From the west, the small country has small coastline in with Atlantic Ocean. The capital city of Gambia is Banjul; however, the largest conurbation is Serekunda.

Gambia got its independence in the year 1965 from UK and then joined The Commonwealth. The country has adopted democracy with multi-party features where election used to held after every five years.

The economy of the country is largely depends upon farming, fishing, and tourism.