Home >Africa Map > Where is Togo 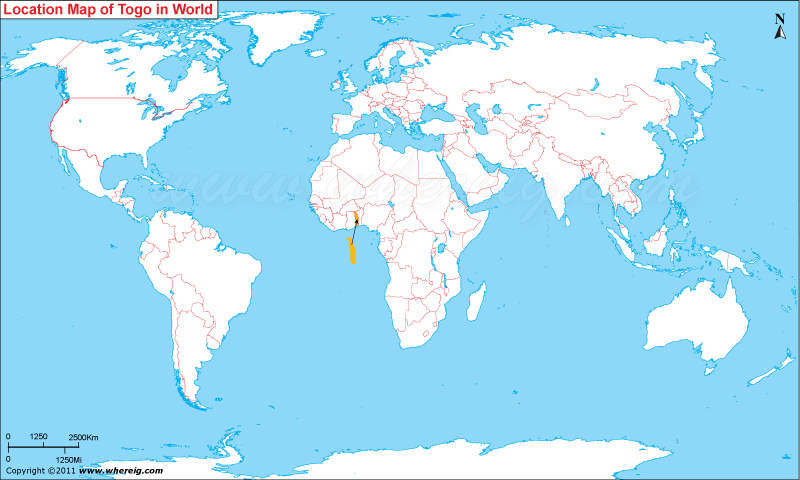 About Map: Map showing where is Togo located in the World.

Where is Togo Located?

The given Togo location map shows that Togo is located in the western part of Africa.

Togo map also shows that Togo shares its international boundaries with Benin in the east, Burkina Faso in the south, and Ghana in the west. Besides, Gulf of Guinea lies in the south. The climate type of Togo is Tropical Savanna.

The capital city of Togo is Lomé. The government type of Togo is a presidential republic, under which the President of Togo is head of state as well as head of the government.
The economy of the country largely depends upon agriculture and the significant crops are cotton, coffee and cocoa. However, the phosphate mining had also significant contribution but in the recent years gradually it is decreasing.