Home >Africa Map > Where is Burundi 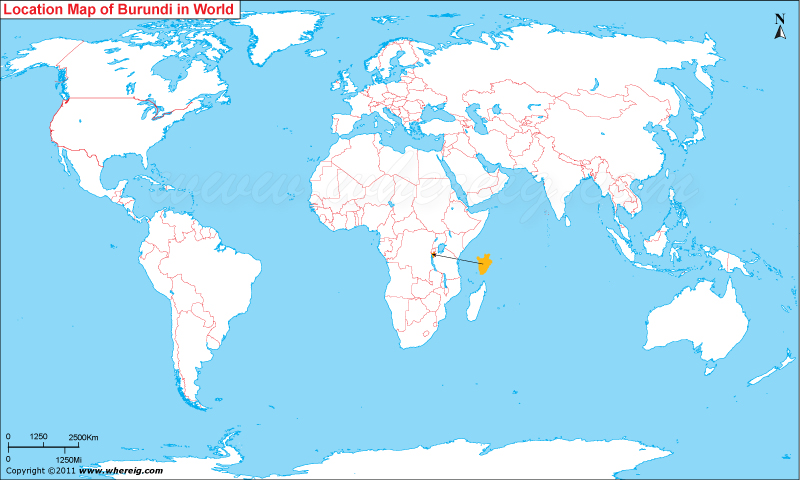 About Map: Map showing where is Burundi located in the World.
The given Burundi location map shows that Burundi is located in the Eastern part of Africa nearby Great Lakes region.
Burundi is small landlocked country that shares its international boundaries with Rwanda in the north, Tanzania in the east and south, and in the west Democratic Republic of Congo.
The chief ethnic groups of the country are the Twa, Tutsi, and Hutu. Tutsi had ruled the country over two hundred years. After this European countries occupied the region. At present, the government type of Burundi is a presidential representative democratic republic.

About sixty-two percent people of Burundi are Roman Catholic, about ten percent are Muslims, and the rest people have indigenous beliefs and Christians.

As per the report, Burundi is one of the ten poorest countries of the world. Besides, it has the lowest per capita GDP. However, as natural resource, Cobalt and copper are two important reserves in Burundi. The main exports of Burundi's main exports are coffee and sugar.