Location of Uruguay on a Map 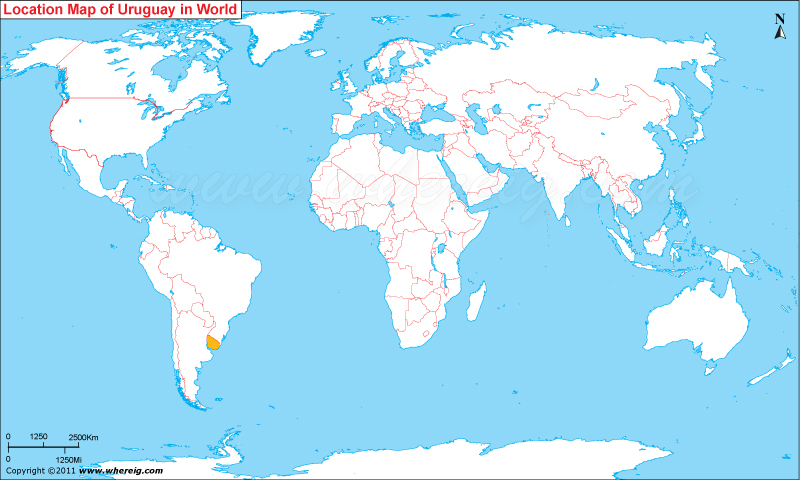 About Map: Map showing location of Uruguay in the World.
The Uruguay location map shows that Uruguay is located in the south-eastern part of South America continent.

Uruguay map also shows that Uruguay shares its international boundaries with Brazil in the north and north-east and Argentina in the west. Besides, South Atlantic Ocean lies in the south-east of the country.

The capital and largest city of the country is Montevideo. The government type of Uruguay is a representative democratic republic with a presidential system. Under this system, the members of government are elected for five-year by a universal suffrage system. Moreover, the economy of Uruguay is one of the most developed in the South American countries. Along with agriculture, other industries and trade activities have substantial contribution in country's GDP.