Location of Guyana on a Map 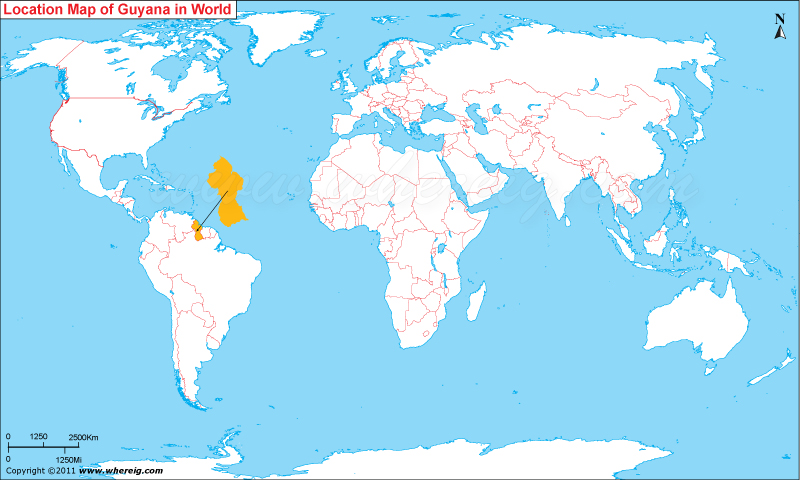 About Map: Map showing location of Guyana in the World.
As shown on the location map of Guyana that Guyana is located in the northern part of South America continent and culturally part of the Anglophone Caribbean.

Guyana was formerly known by British Guiana because it was the colony of Britain. Hence, it is the only state of Commonwealth of Nations on the continent of South America. Besides, it was also colony of Dutch, French, and Spain. Moreover, Guyana got its independence from the United Kingdom in the year 26 May 1966 and became a Republic in the year 23 February 1970.

The climate type of Guyana is tropical generally with hot and humid characteristics. Rains happen in the country two times in the year i.e. first from May to mid-August and second from mid-November to mid-January.

Moreover, the agriculture is the main economic activity in Guyana. The important agriculture produce are rice and Demerara sugar. Some of the natural reserves are bauxite, gold and other minerals. Besides, timber, shrimp, and fishing are other major economic activities of the country.