Where is French Guiana?


Location of French Guiana on a Map 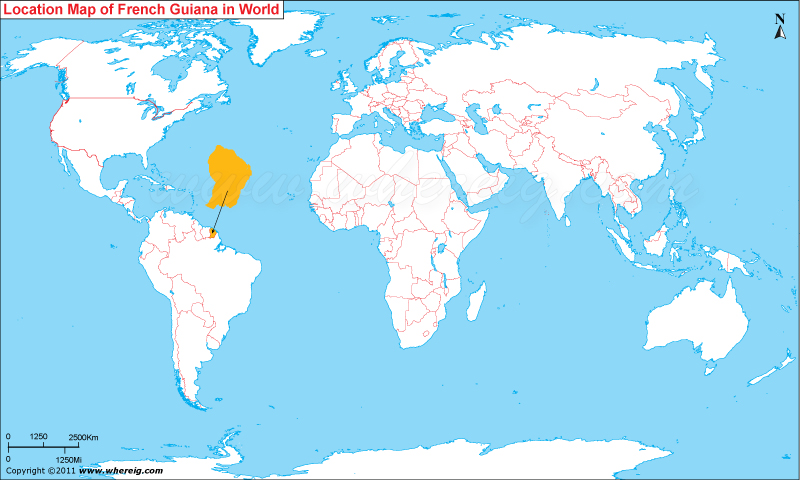 French Guiana is geostrategic overseas territory of France. Cayenne is the largest as well as capital city of the territory. French Guiana map shows that it shares its international boundaries with Surinam in the west and Brazil in the east and south. However, French territory has coastline in the northern side; likewise, Atlantic Ocean limits its northward extensions.

By virtue of nearby Equator location, country has wide range of biodiversity and ecosystems. For instance tropical rainforests, coastal mangroves, savannahs, and many types of wetlands are the significant ecosystem.

The economy of the territory is largely depends upon France for subsidies, trade, and goods. However, some of the local means of revenue are fishing (accounting for three-quarters of foreign exports), gold mining and timber. The world's one of the most important Space centers i.e. Guiana Space Centre at Kourou located in the region. The presence of this space center is great source of employment on the territory because it has employed 1,700 people and accounts for 25% of the GDP.