Home >Africa Map > Where is Djibouti 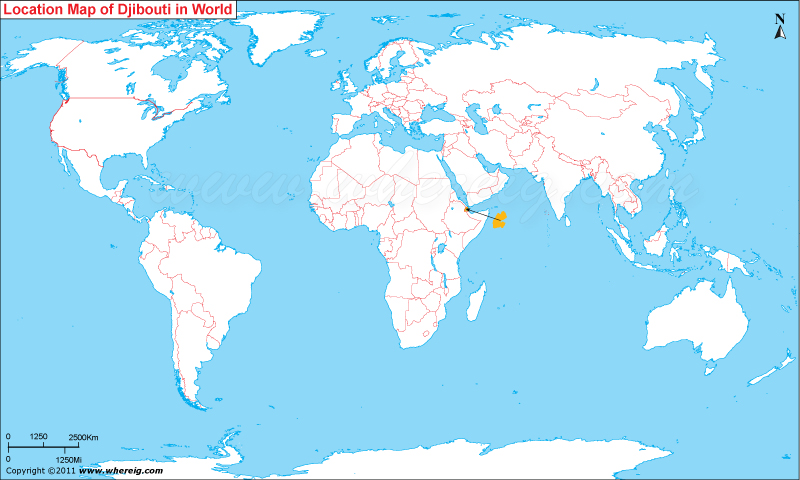 About Map: Map showing where is Djibouti located in the World.

Where is Djibouti Located?

Djibouti is located in the eastern part of Africa at the coast of Red Sea.
Djibouti map also shows that it is located on the Horn of Africa. Though, Djibouti is a small country but it shares its international boundaries with Eritrea in the north, Somalia in the southeast, and Ethiopia in the west and south. It has small coastline with Red Sea and Gulf of Aden in the east. Interestingly, Djibouti is known with different names in respective languages such as Jībūtī‎ in Arabic, Djibouti in French, Jabuuti in Somali etc.