Home >Africa Map > Where is Namibia

Where is Namibia Located? 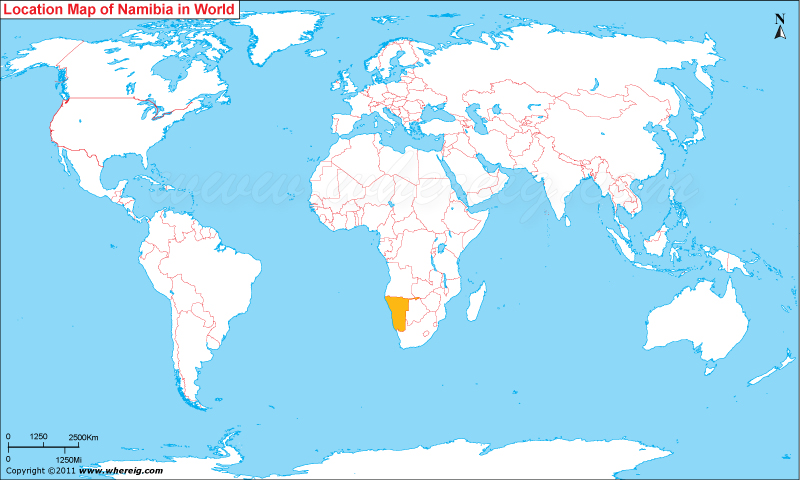 Namibia map also shows that it shares its international boundaries with Angola and Zambia in the north, Botswana in the east, and South Africa in the south-east. Besides, in the west side Atlantic Ocean lies. Windhoek is the largest and capital city of the country.

Namibia got its independence from South Africa in the year 1990. The government type of Namibia is a presidential representative democratic republic featured with multi-party system. President of Namibia is elected for a five-year term and he use to be the head of state as well as the head of the government. Namibia is a member of the United Nations, the African Union, the Commonwealth of Nations, and the Southern African Development Community.
Economy of the country is largely depends upon the mining industry. The mining industry largely includes – gem mining i.e. Diamonds, Gold, Silver, and base metals. Besides, the other sectors of country’s economy are agriculture, herding, and Namibia tourism.

In fact, the National Park and wildlife etc attracts tourists from all over the world. Namibia tourism is really adventures for many tourists. This is the reason that Namibia tourism is the prime destinations in Africa continent and more popularly known for ecotourism.