Home > Where is Portugal


Portugal is located in South-Western part of Europe, on the Iberian Peninsula, Its bordered by the Atlantic Ocean to the west and south and by Spain to the north and east. It lies between latitudes 32° and 43° N, and longitudes 32° and 6° W. 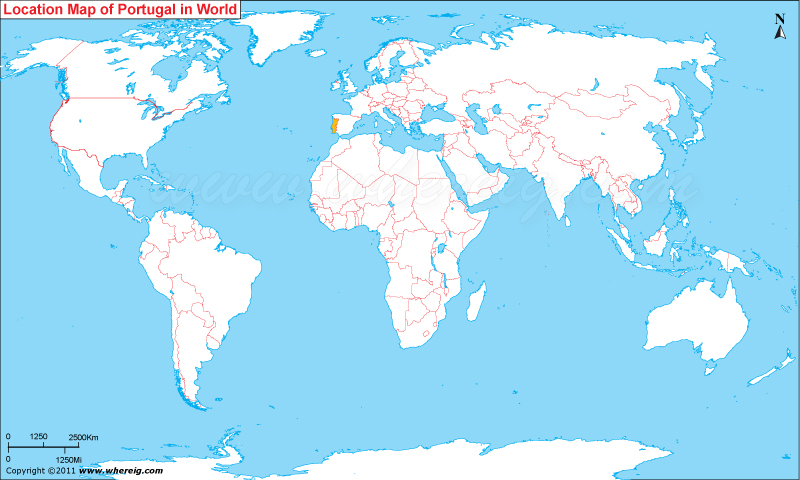 Map showing Location of Portugal in the World map.


Where is Portugal Located?

The given Portugal location map shows that Portugal is located in the south-western part of Europe continent. Portugal map also shows that it is part of Iberian Peninsula along with Spain. Portugal shares its international boundary with Spain from the north and east side. However, in the werstern side Atlantic Ocean lies.

Lisbon is the capital city as well as the largest city of the country. The government type of Portugal is a democratic republic, which has been adonpted in the year 1976 with the ratification of the Constitution. It is a member of the European Union, the United Nations, NATO, the Latin Union, the Organization of Ibero-American States, OECD, Community of Portuguese Language Countries, and the European Union's Eurozone.

The climate type of Portugal is Mediterranean featured with distict seasonal variations. The country’s economy largely depends upon the fishing and tourism. However, agriculture and other secondary sector industries are there but their contributions are comparatively low. Tourism is one fast growing sectors.