Home >Africa Map > Where is Somalia 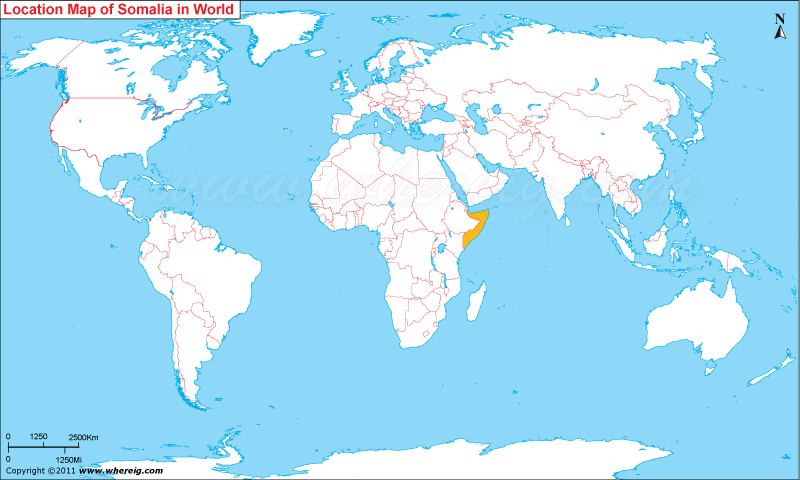 About Map: Map showing where is Somalia located in the World.

Where is Somalia Located?

Besides, Indian Ocean lies in the east and Gulf of Aden lies in the north. The climate type of Somalia varies from monsoonal, semi-arid to arid depending upon the geographical regions.

The economic system of Somalia is informal type and largely based upon livestock, remittance, money transfer companies and telecommunications.