Home >Africa Map > Where is Comoros 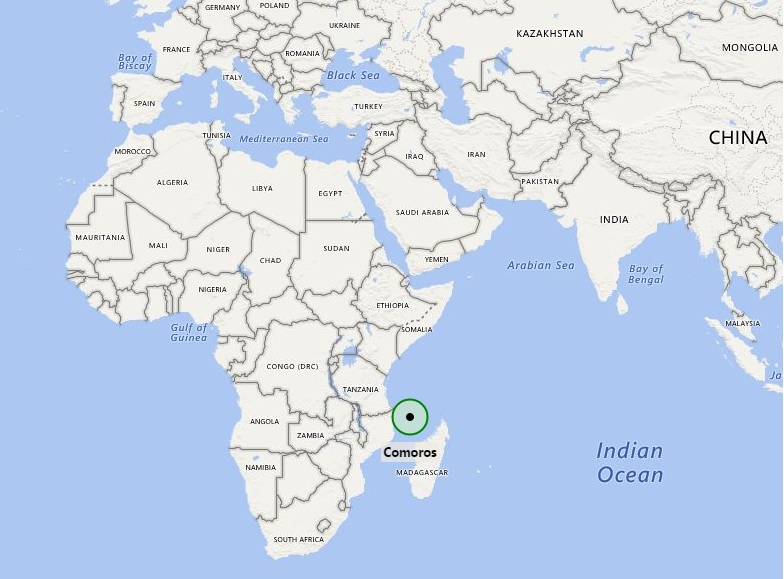 In terms of area, Comoros is only the third-smallest African country. However, the small island country comprises of four islands namely Grande Comore or Ngazidja, Mohéli or Mwali, Anjouan or Nzwani, and southeastermost Mayotte or Maore; besides, some of the smaller islands are also there. Mayotte is French territory in the region.

The government type of the country is a federal presidential republic, in which the President of the Comoros is head of state as well as head of the government. There is also multi party system in the country. Surprisingly, Comoros is only state who is member of all international organization in the region including African Union, Francophonie, Organisation of the Islamic Conference, Arab League and Indian Ocean Commission.
Country’s economy is largely depends upon agriculture, including fishing, hunting, and forestry.