Where is Leicester, UK?

Leicester, is one of the oldest cities in the UK and unitary authority area in the East Midlands region of England, United Kingdom. 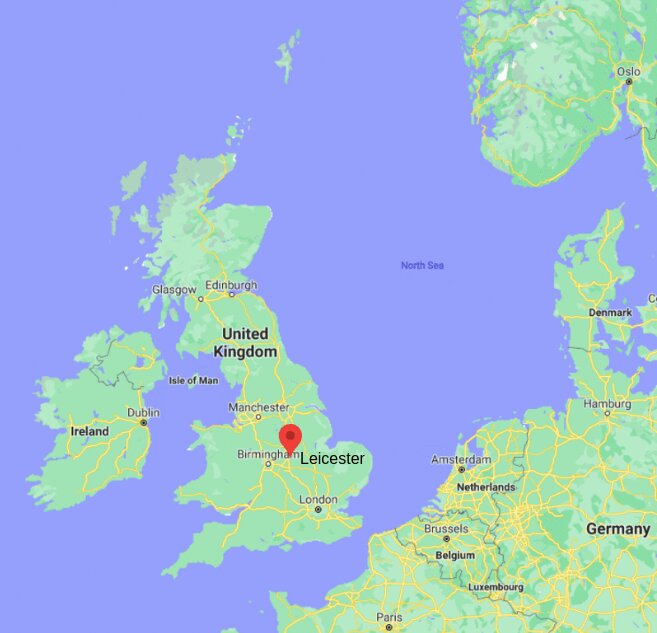 About Map: The map showing location of Leicester, England in the United Kingdom (UK).

Where is Leicester City Located?

Leicester is a city in the East Midlands region of England, the largest city of the ceremonial and historic county of Leicestershire. Leicester situated in the central UK, The city lies on the River Soar and close to the eastern end of the National Forest. It is to the south of Nottingham, north-east of Birmingham and Coventry, and west of Peterborough. Leicester lies between latitudes 52.6333333 and longitudes -1.1333333.

Places to Visit in Leicester City

Distance From Leicester to Other UK Cities