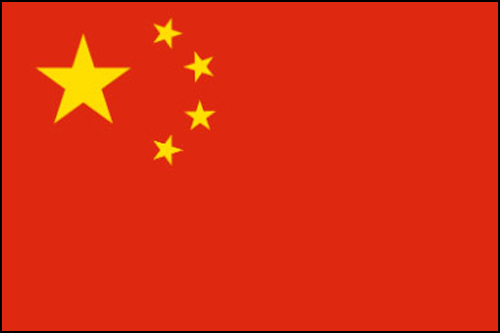 The flag of the People's Republic of China is a large golden star within an arc of four smaller golden stars, in the canton, on a field of red. The official China flag was adopted on September 27, 1949.