Punjab is divided into 23 districts. Explore Punjab District Map, depicts all district boundary, state capital and neighbouring states, along with get information on Punjab district headquarter, population, and area. 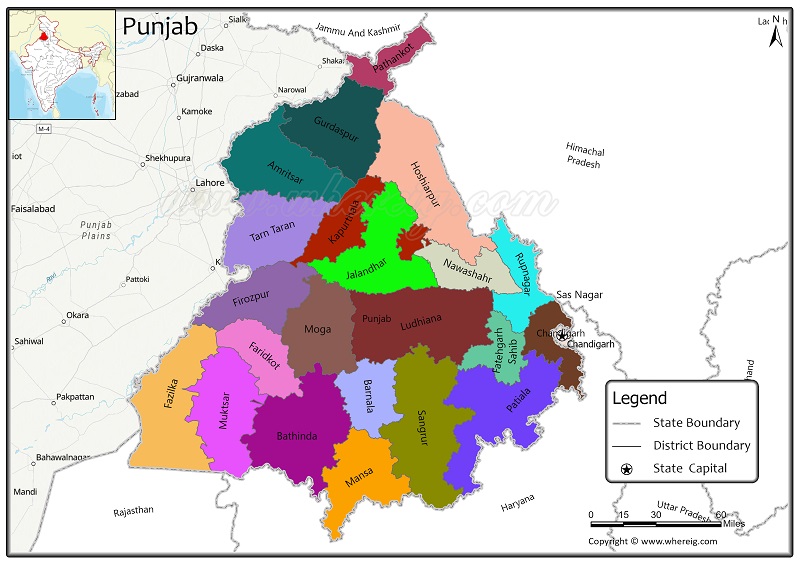 About Districts of Punjab

Punjab is a state located in Northern part of Inida. It is the 20th-largest state by area covering an area of 50,362 square km, with population of 27,743,338 inhabitants. It is bordered by Jammu and Kashmir union territory to the north, Haryana to the southeast, Rajasthan state to the southwest, Himachal Pradesh to the northeast, and Pakistan country to the west. The state of Punjab is divided into 23 districts. Chandigarh is the capital of Punjab.