Delhi, the National Capital Territory of India, the world's second most populous city and the largest city in India in terms of area and also one of the metropolitan region or city in India. Delhi is located at 28.61°N 77.23°E, and lies in Northern India. It bordered by the Indian states of Haryana in the north, west and south and Uttar Pradesh (UP) in east. Population of Delhi is 22 million in the data of 2011 Census of India report, with cover area of 1,484.0 km2.
Delhi comprises 9 districts.
Below is the list of districts of Delhi state in India and their headquarters, districts population and area in square km. 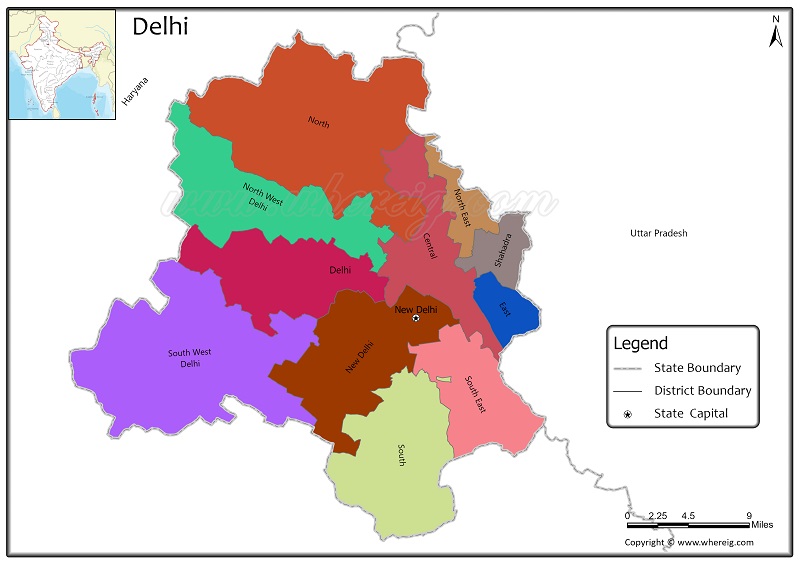 About Districts of Delhi

Delhi is located in Northern part of Inida. It is the 32nd-largest state by area covering an area of 1483 square km, with population of 16,787,941 inhabitants. It is bordered by the state of Haryana on three sides and by Uttar Pradesh to the east The state of Delhi is divided into 11 districts. New Delhi is the capital of Delhi.