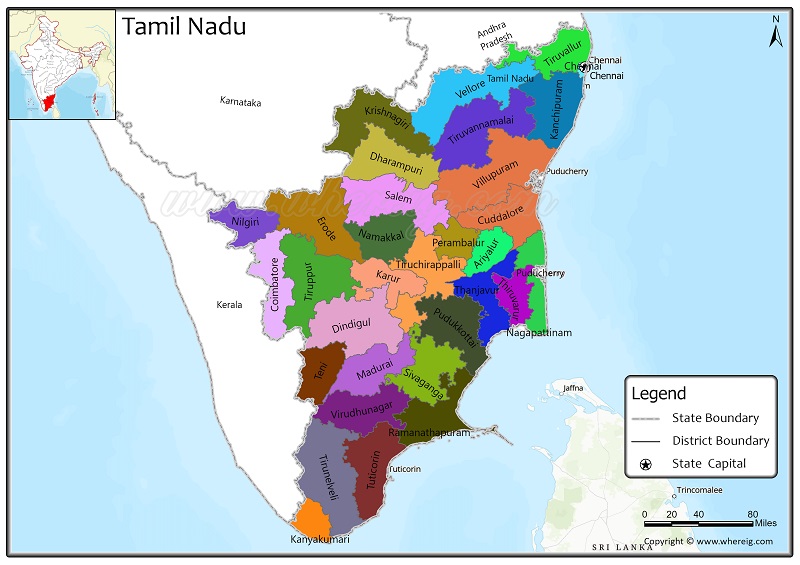 About Districts of Tamil Nadu

Tamil Nadu is a state located in Southern part of Inida. It is the 10th-largest state by area covering an area of 130,058 square km, with population of 72,147,030 inhabitants. It is bordered by the state of Andhra Pradesh to the north, Karnataka to the northwest, and Kerala to the west and the Indian Ocean to the east and south. The state of Tamil Nadu is divided into 38 districts. Chennai is the capital of Tamil Nadu.