Map of Montgomery County, Alabama - Where is Located, Cities & Population 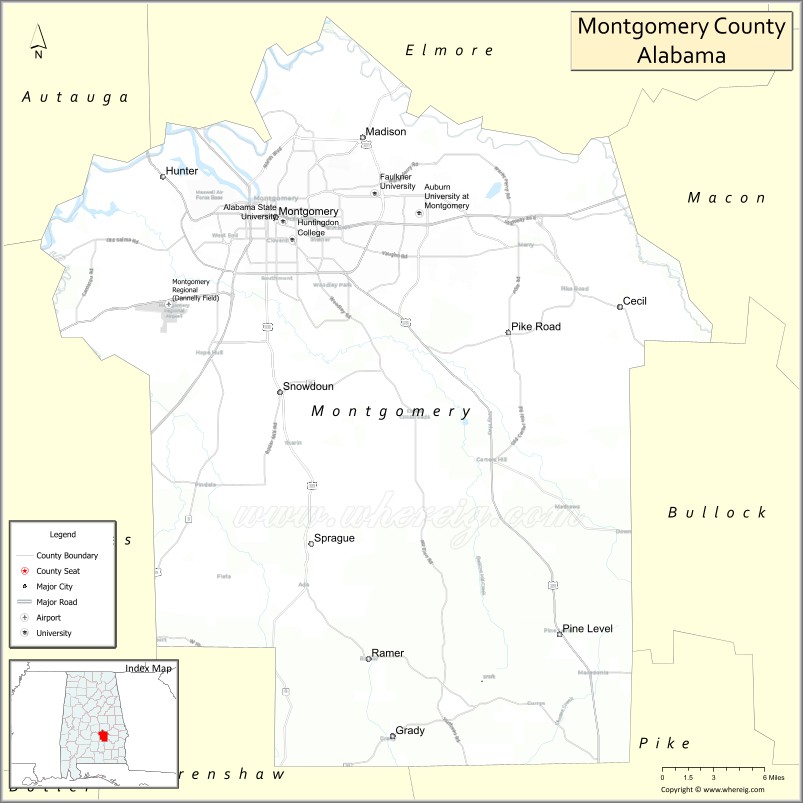 Ctities and Towns in Montgomery