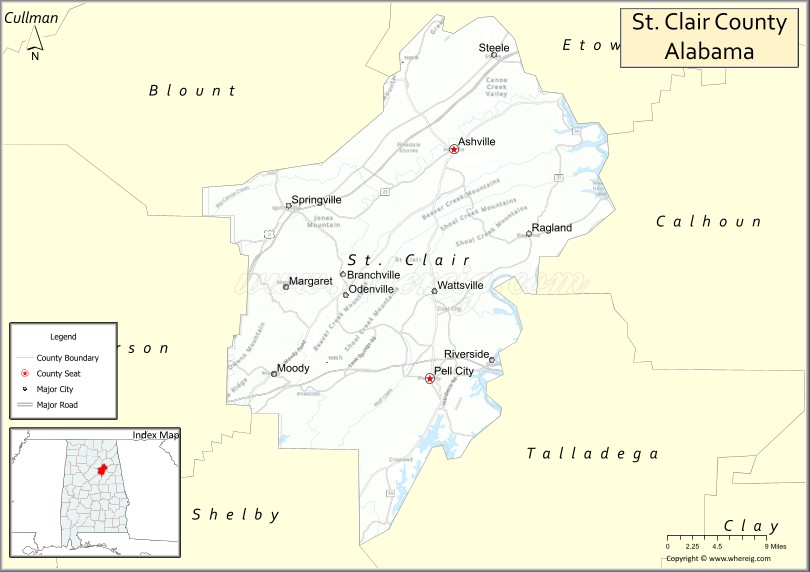 Ctities and Towns in St Clair