Map of Jefferson County, Colorado - Where is Located & List of Cities 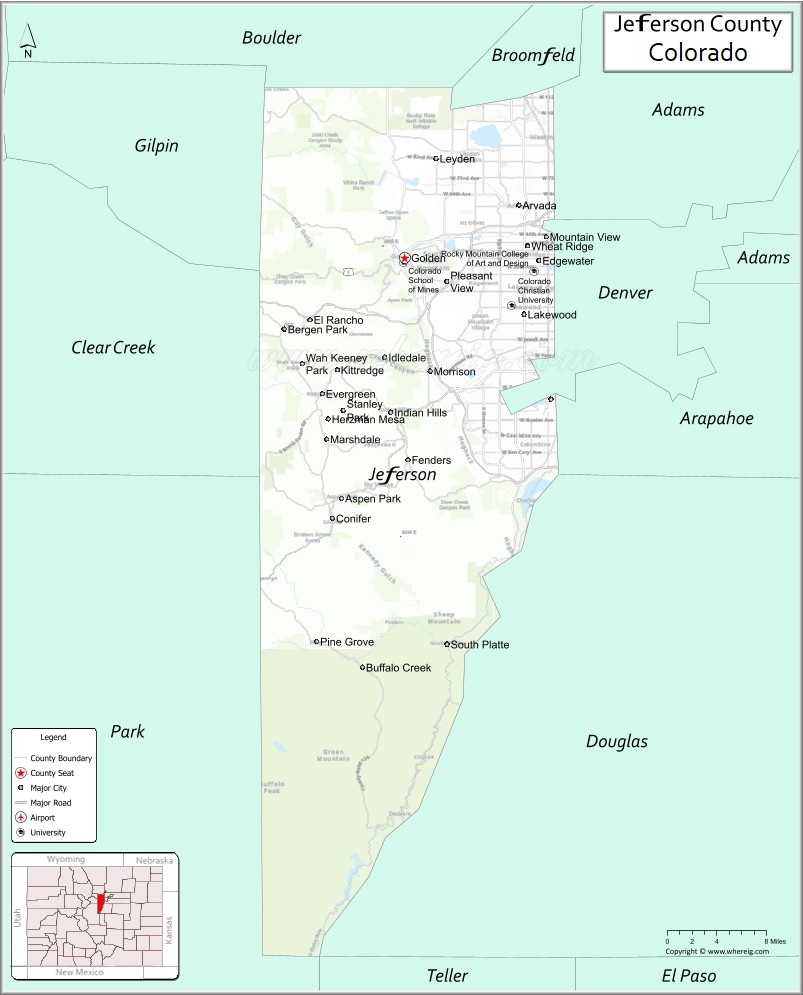