Worth County Map, Missouria - Where is Located, Cities & Population

Map of Worth County, Missouri 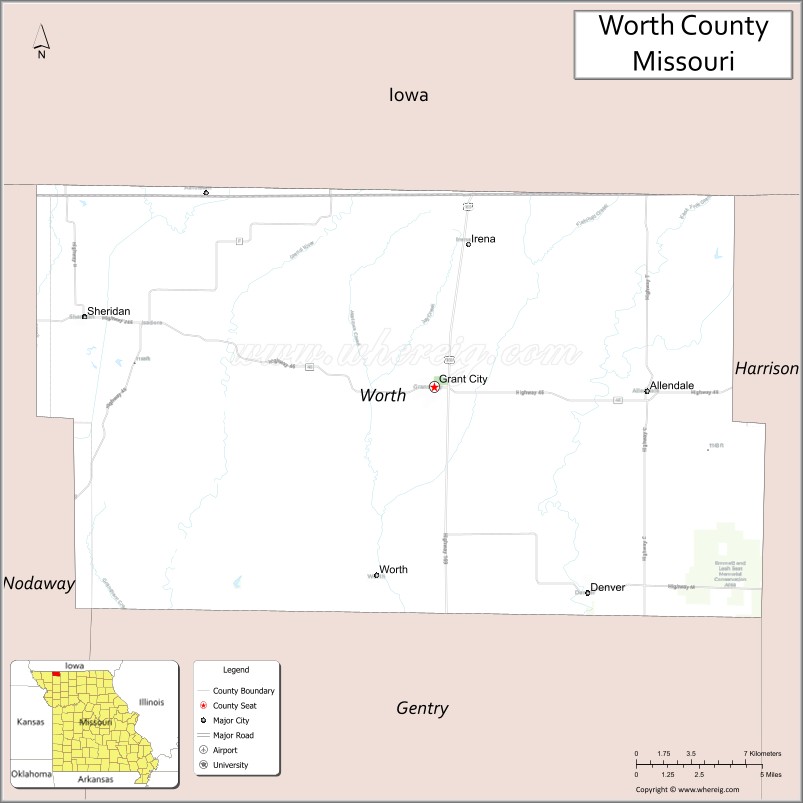